I never thought that I’d love the smell of cigarette smoke and trash until I moved back to the East Coast a few months ago, swapping California for New York for the second time. What your friends don’t tell you about San Francisco when they woo you with messages about the great outdoors! and promise in the West! is that San Francisco is, in fact, a smelly bog of eternal sweet, skunky stench. The city, although very cute in parts, is the world’s largest marijuana fumigator!

After seven months in San Francisco, I decided to join the masses. I became a drug dealer of sorts and, apparently, embarked on a long period of blog-neglect. Just kidding. I did think about transforming my blog into a “munchies” portal at one point, but, in what is likely yet another poor financial decision, I’ve decided against it [sob, sob, sob].

Now that I’m back in New York, happily living in the middle of a hipsters hornet nest in Greenpoint, Brooklyn with my maroon skinny jeans and my ironic $12 bicycle,  I have all the time in the world to revive my newly trademarked blog [Applause, Applause],  explore fancy new food shops and restaurants, and cook and bake and eat and be merry. 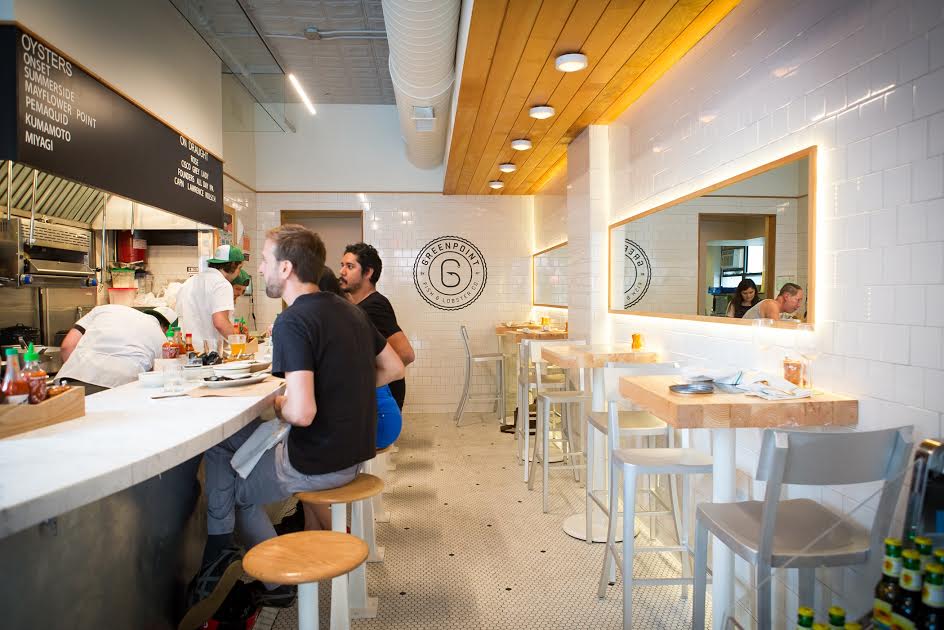 This little gem, Greenpoint Fish & Lobster Co., is right around the corner from my house. Fresh fish daily! A+ on that logo too.

Although it would make the most sense for me to celebrate my blog revival with something New York inspired–perhaps something from one of the many Polish bakeries in my new neighborhood–today I’m feeling nostalgic for my time spent in Baltimore cooking with my mom. Ellen, as my friends like to refer to her, is a fierce ginger, and a mean cook. She makes some addictive cinnamon-raisin mandel bread passed down to her from my grandmother Rose, who passed away from Multiple Sclerosis just before I was born. I like to think of Mandel bread as biscotti’s cute, squishy, jewish cousin. Although I’ve seen mandel bread of all shapes, sizes (some folks make theirs long and skinny just like biscotti), and flavors, I prefer mine as my mom makes them: short and stout–about 2 inches in length, filled with raisins, covered with cinnamon and sugar, and bobbing in a glass of milk.  This isn’t the most decadent dessert you’ve ever tried, but I find that I feel better about myself after eating 10 of these, and that’s really what it’s all about. Isn’t it. . .

To make Grumpy Family Mandel bread, first gather your ingredients and preheat the oven to 350 F. You’ll need: 3 eggs; 3 cups of flour; 1 cup of granulated sugar; 1/2 cup of oil (I sometimes sneak in 3/4 cups…), 2 teaspoons baking power; 1 teaspoon of vanilla; a squeeze of a small lemon; and 1/2 cup of raisins. Apparently my grandmother liked to make her mandel bread with 1/2 cup of nuts, but I’m allergic so these are off-limits.  If you want to nuttify these, I’d probably use walnuts, but I’m probably not the right nut expert to consult here… A moment on the lips…a lifetime on the hips. Can’t wait!

First beat the eggs on medium. With the mixer still running, slowly add the oil, vanilla, and lemon juice. Add the flour and baking powder together one 1/2 cup at a time and give it a twirl. Twirl Ellen. Twirl. Turn the dough out onto a lightly floured kneading board. and break the dough into three even parts. Pull/roll the dough out into long logs and place onto parchment paper or a silpat. Flatten out the tops a bit and cover the mandel bread dough in a mixture of cinnamon and sugar (no secret to this…just mix a whole bunch of sugar and cinnamon together). Bake for exactly 30 minutes at 350 F.  Here’s how they come out when my mom makes them… and when I make them… Now grab some milk and try not to feel bad about inhaling more than 3.