At some point in the summer of 2014, I was sent out into my mother’s garden to weed or rake or some other task. I say “sent out” because I wasn’t simply visiting and volunteering to help my mother, like a good Jewish boy who’s grown up and moved away and now visits here and there (that used to be me, but not anymore). I was sent out, in the way a mother asks her ten year old child to perform a task to prevent them from getting into mischief and banish them from being a pesky kitchen scavenger,  like the man-boy tenant that I’d become. 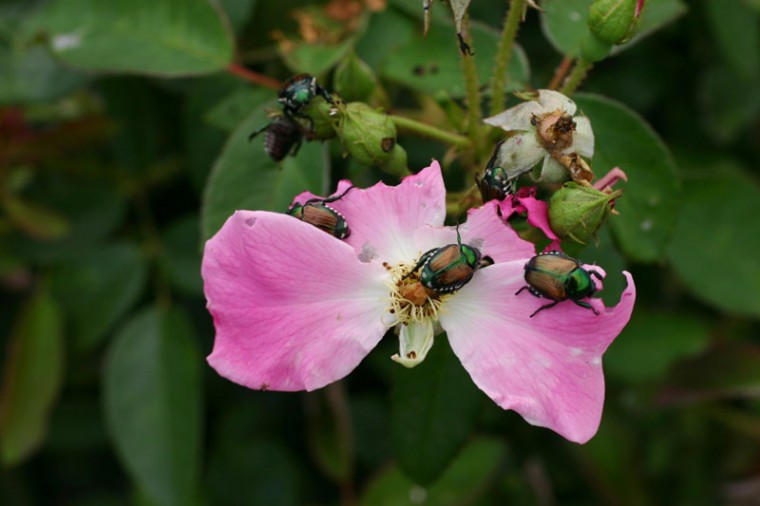 Between the raking or weeding or some other meditative (read: booooring as all hell) task, I fixated on a pack of Japanese beetles at the foot of some butterfly bushes. Scanning up from the ground, I noticed that the pack was more like a swarm of hundreds of these little monsters and I became obsessed–obsessed with plucking them one by one off of the branches of the bushes. Sometimes if I was lucky I’d grab two horny little freaks hooked together and I’d think about how pathetic it was that these beetles–that I was about to drown en masse–had far more active sex lives than I did. I would almost immediately enjoy feeling their sticky little feet grasp my finger pads and then, like a boss, I’d crane lift them up from the sides and drop them into a TupperWare full of Dawn. 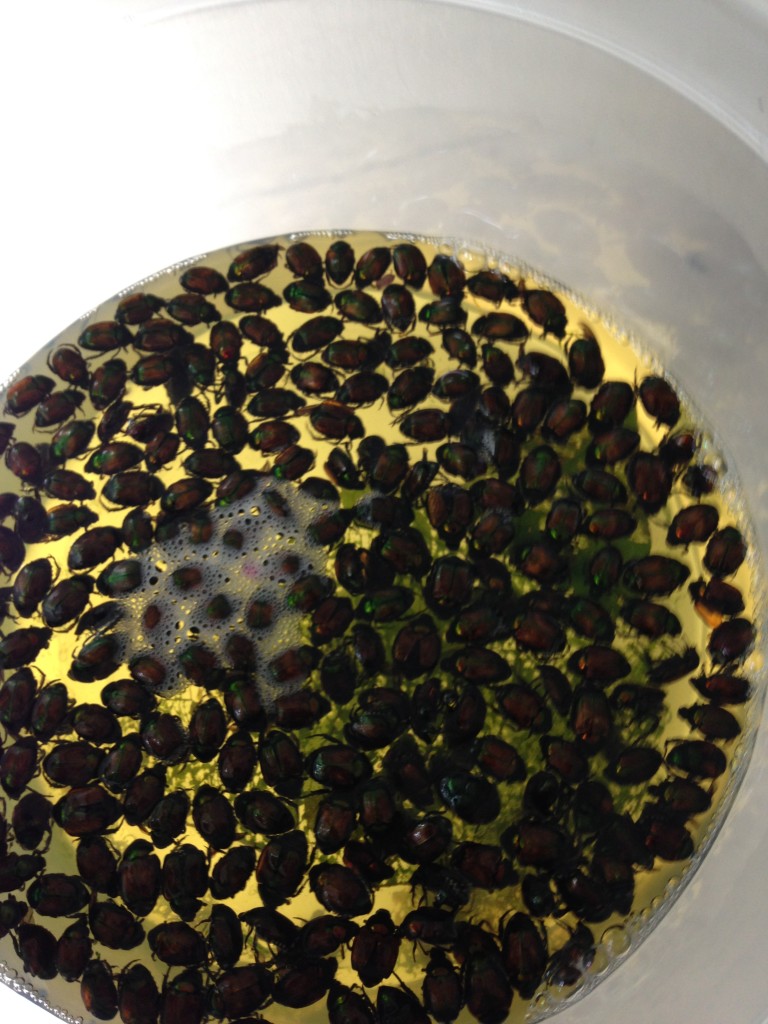 While all of my friends were busy at work powerpointing their way to financial freedom or planning happy hour drinks, I was frolicking in the hills and killing beetles in Baltimore. Six months later, after a year and a half living at home working on my own business, I had hoped to be gone–dropping the boy and just living like a man back in New York or maybe San Francisco. But here I am.

My tolerance for living under parental surveillance 24-7 has actually been remarkably high–amazingly so, thanks, in part, to the world’s most productive distraction: food blogging. But this week, I reached my limit. My mother insisted on cleaning out my room, and I decided that I HAD HAD IT! Now I am running around trying to avoid my landlords like the plague and wishing for summer to come quick so I might regain an utterly absurd sense of purpose and power from insect genocide. 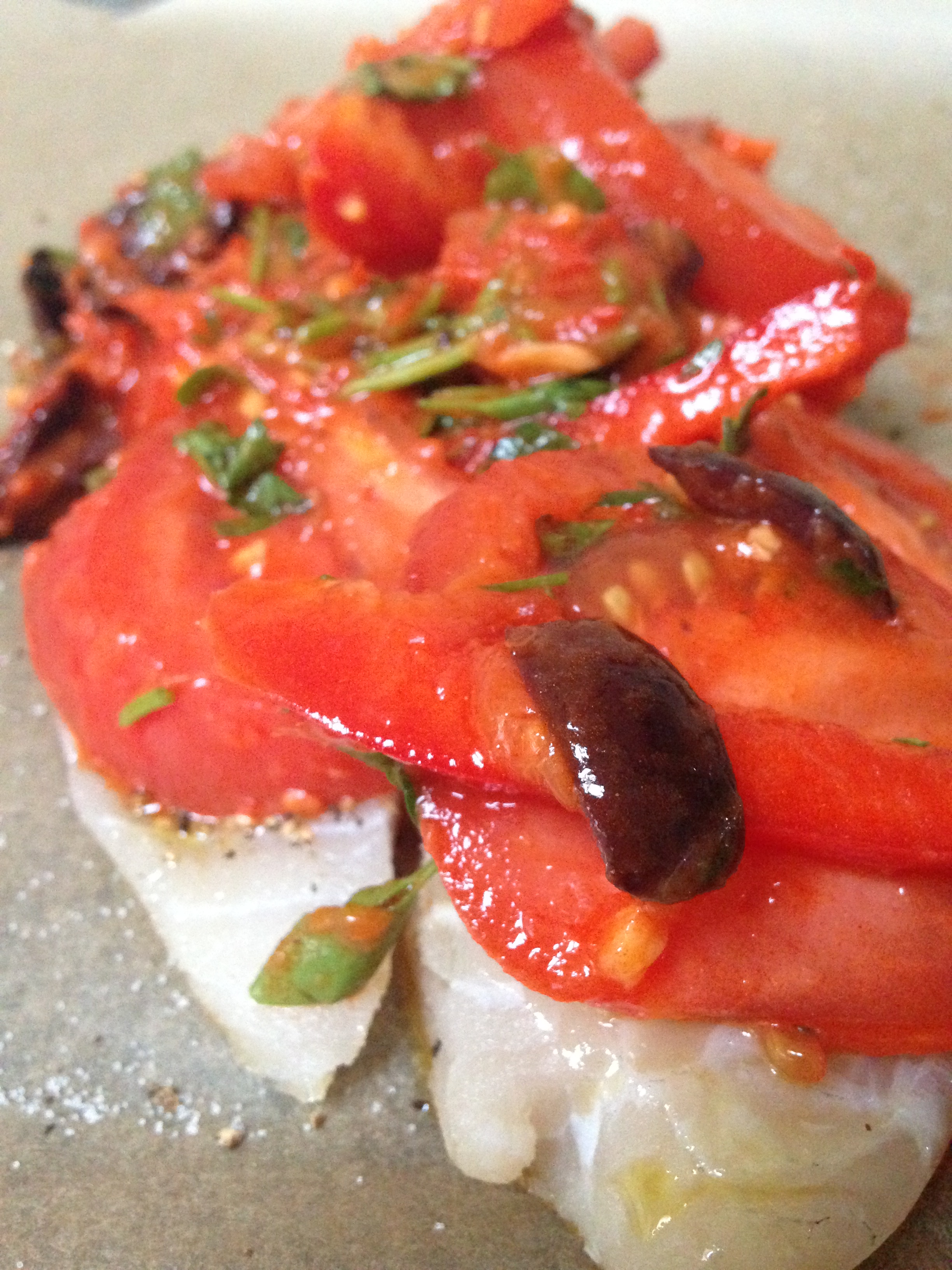 To distract myself last night, I made this delicious Moroccan Tilapia and whole wheat Israeli couscous in parchment paper. I removed it from the oven just as my mother was pulling into the driveway and ran to my room to eat in silence. sweet. sweet. silence.

Fish in a bag, fish en papillotte, fish in parchment paper, MANBOY fish…whatever you want to call it, this recipe is very simple and will take you a maximum of twenty minutes to make start to finish, which is its best feature. The secret to cooking in parchment paper is that the parchment paper/bag acts like a steamer. All of the ingredients’ flavors get magically cooked together never leaving the bag until you open it. I could imagine a Mediterranean poisson in a sac with chopped onions, tomato, some fennel, basil, and olives or s Spanish cod in a bolsa with saffron, potatoes, peppers, and onions. Any way you slice it, all you do is place the fish on a sheet of parchment paper, cover with olive oil, lay the ingredients on top, drizzle a tbsp of chicken broth on top, fold the parchment so as to seal it up, and pop it into the oven for 15 minutes on 375 F. That’s it! Place the Tilapia on a piece of parchment paper (about 12” in length). With your fingers spread the oil over the fish on both sides and lay back down on the paper. Sprinkle the fish with salt and pepper.  In a small bowl, mix together the red pepper and tomato slices, the harissa, the parsley, and the olives so that you have a nice paste or spread. With your hands, spread the mixture over the fish. Seal the parchment paper by bringing the two long sides together and folding one side over the other side. Leave the bag open slightly at one end. Pour in the chicken stock and seal shut. 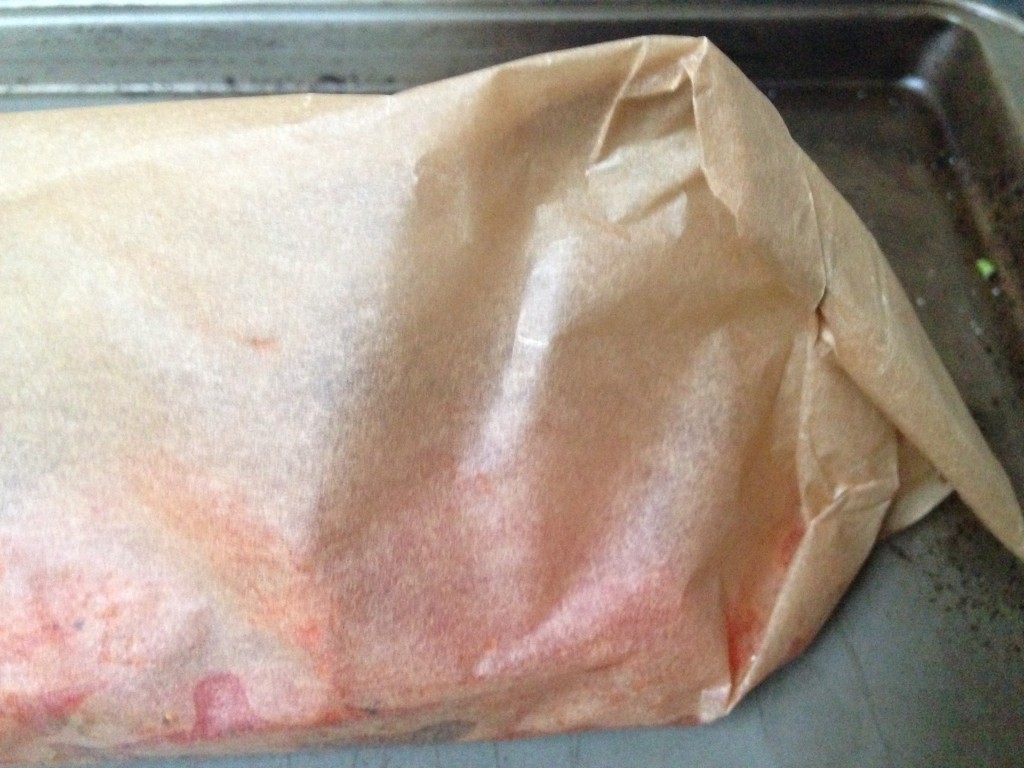 Place the fish in a bag on a cookie sheet and place into the oven on the middle rack for 15 minutes.

Remove from heat and serve inside the bag on a plate. Open the bag slightly and pour Israeli couscous over or around the fish and serve…before going to give your mother a big hug and telling her you love her and are just frustrated with life sometimes. 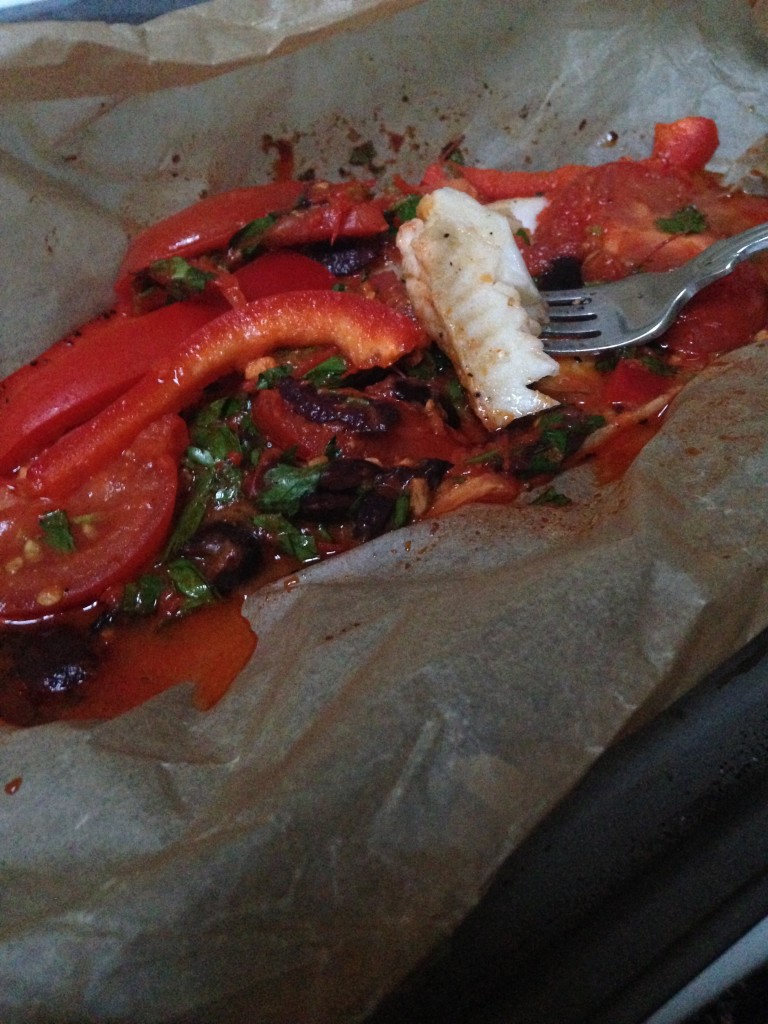