This is about as local as it gets: grilled soft shell crabs on soda bread with mache rosettes(er…lettuce), diced tomatoes and a homemade pickled radish tartar sauce. 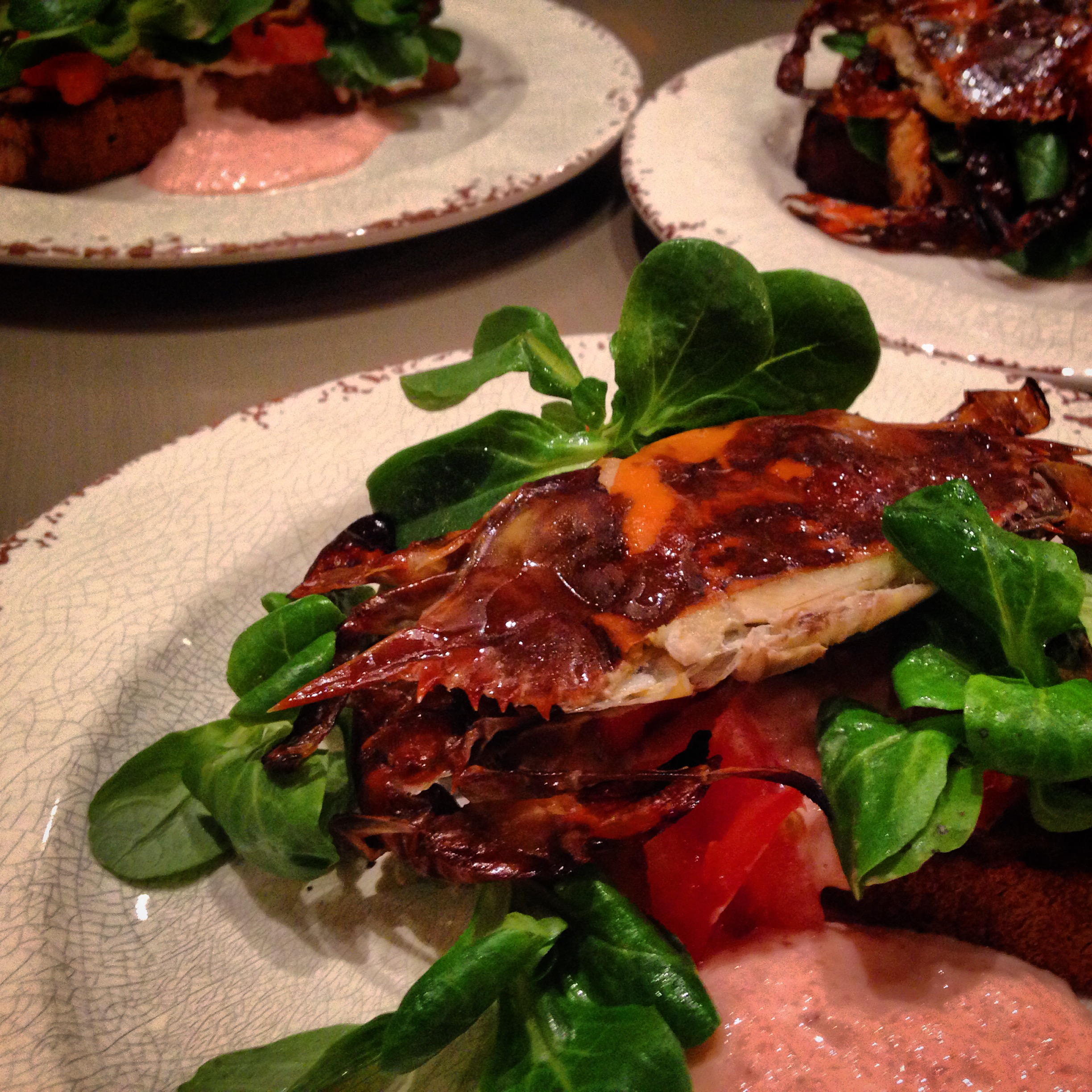 Crab season is just getting started down here, and I’m pretty excited about it. Sadly, this means that the best time for Oysters is on its way out, but at least we have a great substitute! Oysters are actually available all year round now, because most of them are farmed, but the saying goes: Crabs are best in months withOUT “Rs” and Oysters are best in months with “Rs.” If you ask me, there’s not much better than a tray of steamed crabs smothered in old bay, corn on the cob, and some coleslaw. Yum! If you’re not from Baltimore, you’re probably a big ole grumplepuss when it comes to the idea of eating crabs. “wah wah wah. It’s a lot of work.” Quiet! It’s only a lot of work if you are an unskilled crab eater. Perhaps later in the summer I will document my technique and post about it, so that you can understand why crabs is a favored passtime around the Chesapeake Bay.

Steamed crabs are good, but soft shell crabs are the best. Most often they are served deep fried for an extra crunch. Because I don’t really like frying food, I’ve actually never cooked soft shells at home, but now that I’ve grilled them once, I think I might make it a semi-regular thing. Soft shells run about $7.00 and I can eat 2. I probably won’t be doing this every night, but here and there for a dinner with friends on the deck? It’s a good option. Grilling soft shells with a bit of lemon juice and butter is simple and tasty. Heat up your grill on high (450 F), swipe the crabs with melted butter on both sides and then cook them for about 3-4 minutes. Flip them for another minute or so. Make sure that the crab, which starts out fairly translucent on the belly side, ends up a nice opaque white color, this is how you’ll know they’re done. 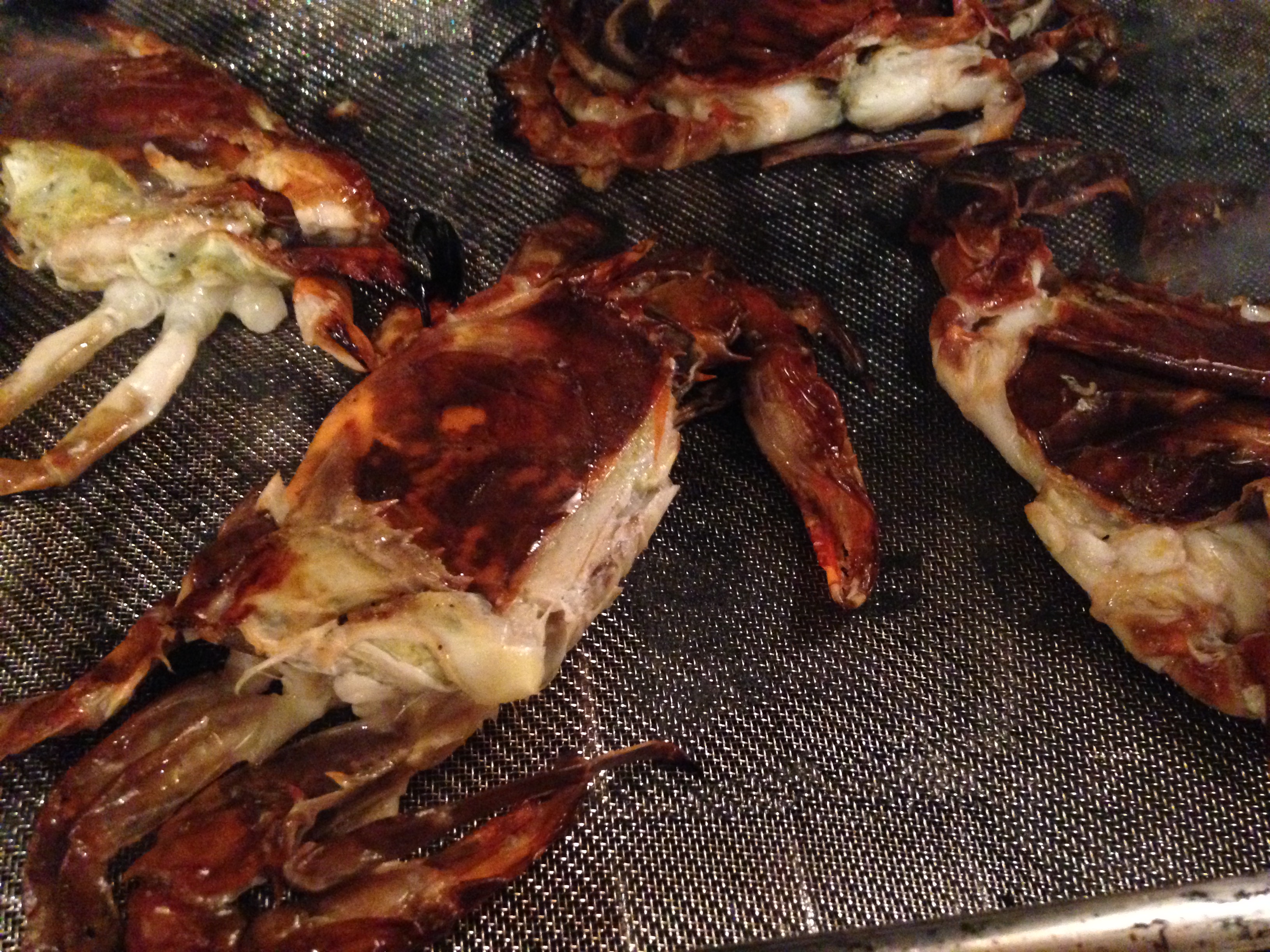 Serve them with thickly sliced grilled toast (toast on the upper rack while you cook the crabs), some diced local tomatoes, and some tartar sauce. If you have the time, I’d suggest a pickled radish tartar sauce–made with 2 tbsp lemon juice, 1/4 pickled radish relish, and 1 cup of mayo (I used light mayo). 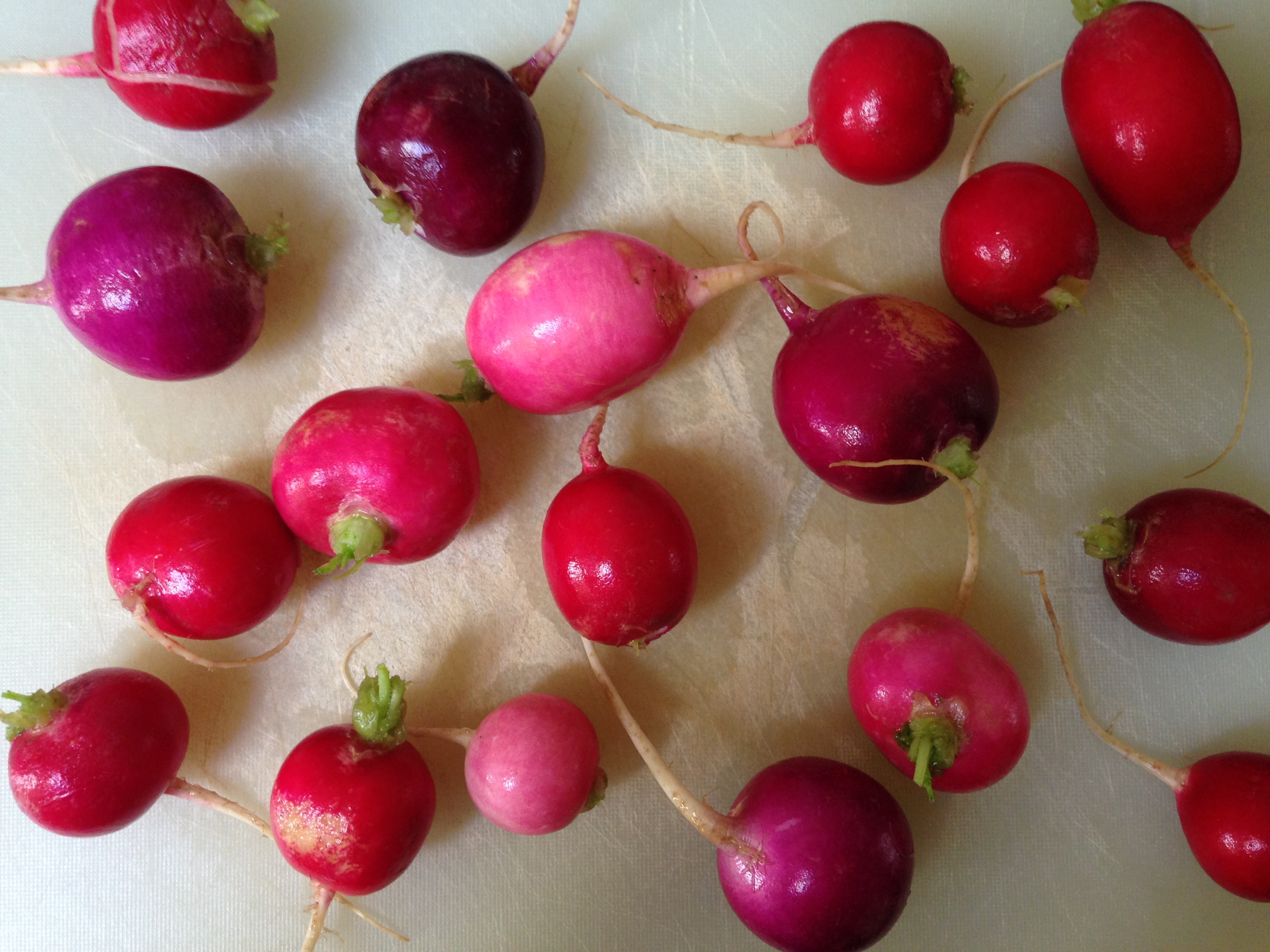 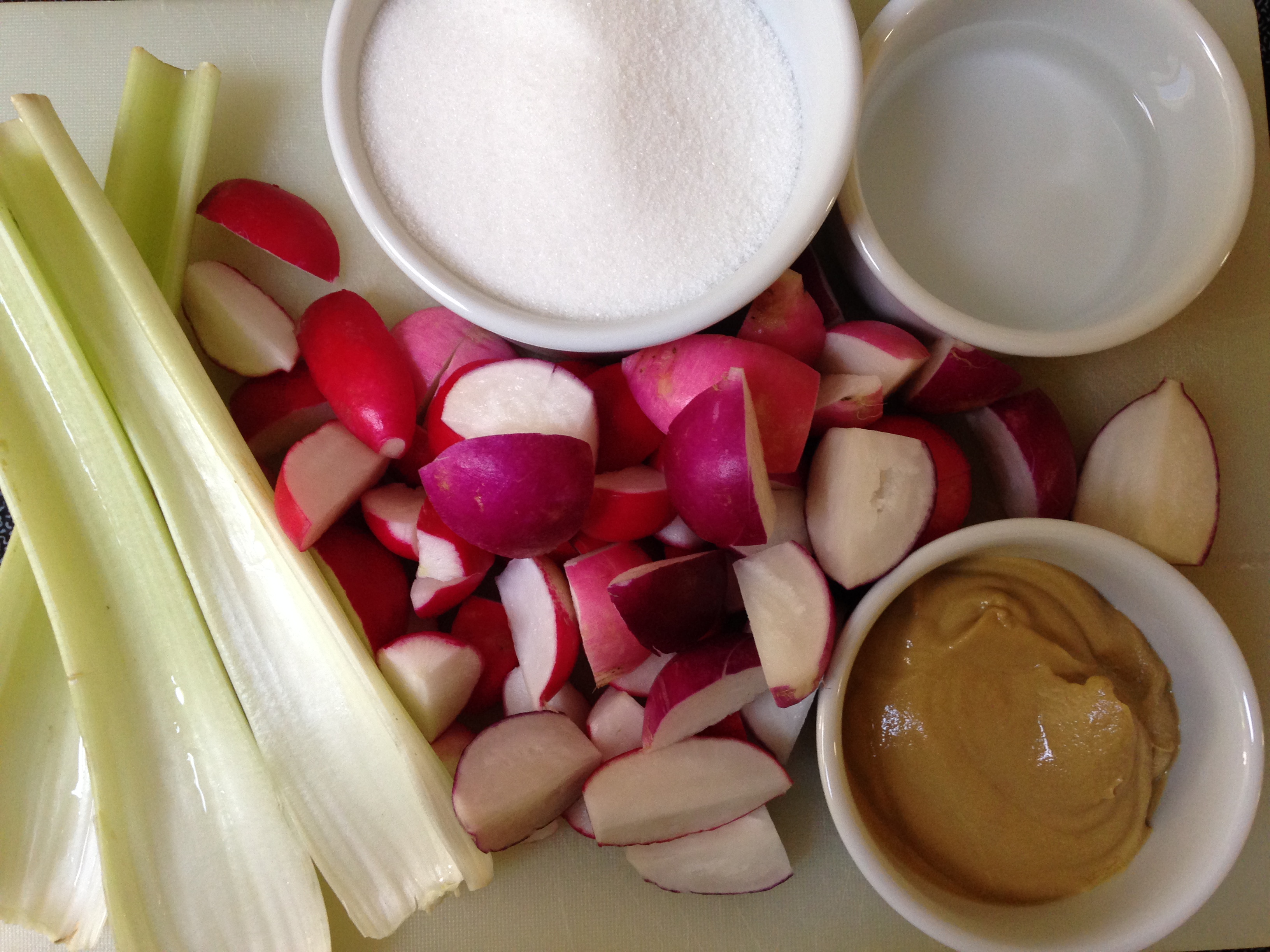 Chop the radishes and combine with the celery in a food processor. Place the processed vegetables into a medium sauce pot and place on the stove on medium heat. Add the rest of the ingredients and stir until incorporated. Cook The mixture until cooked down (about 30 minutes) stirring often so that the relish doesn’t burn or stick to the bottom. Remove from the stove when most of the liquid that pools on the top has evaporated. This relish/ tartar sauce is delicious on turkey sandwiches. it’s sour and sweet all at the same time. Delish! 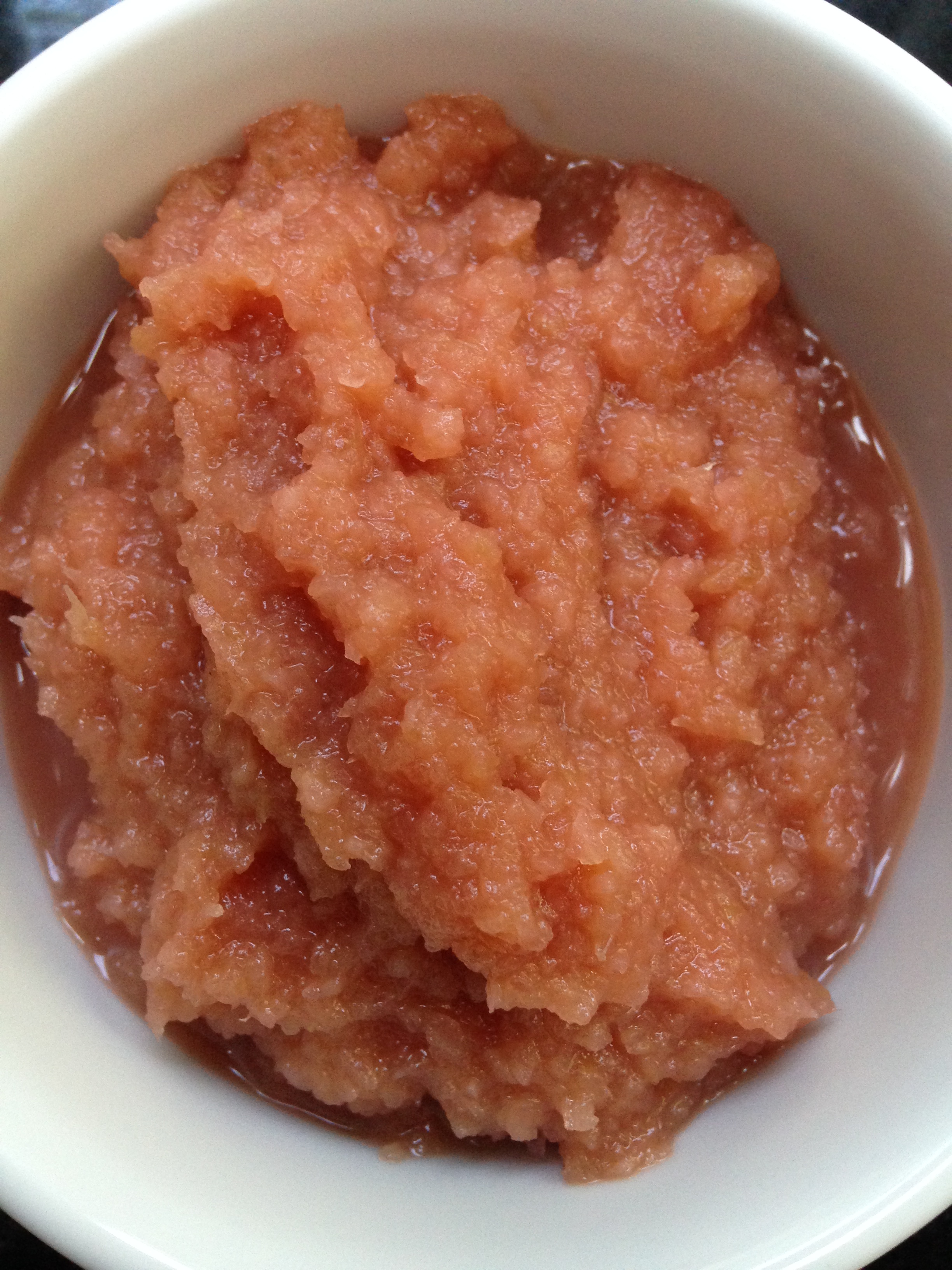