This week, I was surprised and delighted to find the late 80’s masterpiece, Heathers, streaming on my Hulu account. If you haven’t seen it, you should feel a little bad about yourself; you’ve missed out. This movie does the 80s better than the 80s did the 80s!

Heathers is story about a psycho group of croquet-playing popular girls all named…yup!…Heather who rule the school with quintessentially 80s, emotionally abusive, popular psycho(tic)-babble. Unfortunately (for Heather Duke, three’s a crowd–there is only room for one beautifully coiffed chieftain, one queen of the croquet court. And before you can say “as if!” the Heathers set off to murder each other with liquid drain-o cocktails. Because…duh!

Fortunately/Unfortunately, a rebel named J.D. (Christian Slater), who has had just about as much of the scrunchies and shoulder pads as he can handle, decides to stop the madness and blow up the school. Who will rule Westerburg High now [sad face]?! This movie gives me a case of the naughty-giggles every time. 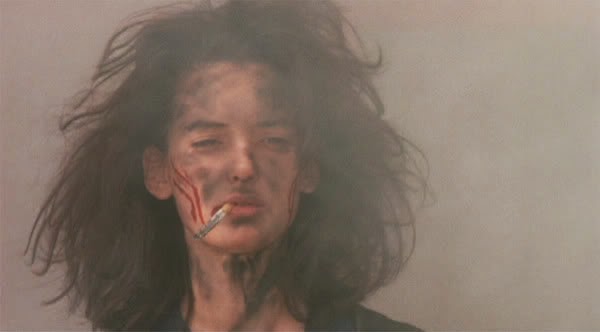 Never looked better. Time to go on a shopp(lift)ing spree!

When I first saw this movie as a freshman in college, it became an instant favorite. In 2006, I was vindicated when Entertainment Weekly ranked it #5 on their “Best High school movies” of all time list.

Of course, I never imagined that bizarre dark comedies about teenage terrorists and mass killings would mirror our reality.If after listening to the reports on the Orlando terrorist attack and LGBT hate-crime, you’re feeling less like croquet and scones, and more like political activism and petitions, considering joining me in signing a current petition to ban the AR-15 from civilian ownership.  The time to support mandatory background checks for gun ownership and to ban assault rifles is now. Remove the dough from the bowl onto a very well floured kneading board and shape the dough into a circle or a rectangle. Cut the dough into equally sized triangles and place onto a silpat. With a pastry brush, brush the tops of the scones with the remaining cream. Place into the oven for 15-20 minutes (I cooked mine for exactly 18 minutes). Remove and let the scones cool on a wire rack for as long as you can handle–preferably until fully cooled. To make the lemon glaze, heat the juice of 1 lemon with the powdered sugar (2 cups) until the sugar is fully dissolved. Add in the butter and the zest of another lemon and mix together with a fork or a whisk slowly. don’t stop for a few minutes until the mixture starts to thicken. Remove from the stove. As the mixture cools it will become thicker and thicker. You can drizzle the warm mixture over the scones for a light glazing, or wait until its much thicker for a much richer glaze.   Once glazed, place into the fridge to cool for a few hours or over night so the glaze hardens a bit.