Now excuse my potty language, but I #$&%!? love anything banana. Fried bananas, banana cream pie, banana cream puffs, banana tartletts, bananas in smoothies, banana bread, and of course, banana pudding. When it comes to fullness in flavor, taste, and texture, there’s nothing like banana sweets–the kings of umami satisfaction.

When asked a few weeks ago to identify the best cupcake in New York, I immediately thought of two places. The first was the banana cake and cupcake at Billy’s Bakery. The second was a place called Pong, which existed for a brief moment in 2004-ish somewhere around Christopher Street and Waverly in the West Village.  The banana cupcake at Billy’s is solid. The Pong cupcake, stuffed with banana pudding and topped with rich delicious icing, was out of this world.

Is it me or does she look a little like Garfield here?

From my memory, I’ve recreated a version of that most delicious cupcake here.  My version is a banana cupcake (made with bananas, sugar, vanilla, buttermilk, and flour), stuffed with whipped banana pudding (made with pudding, condensed milk, and whipped cream), and cream cheese icing.  Although I currently have no store front, I challenge anyone to say that this is not the most delicious cupcake in town! 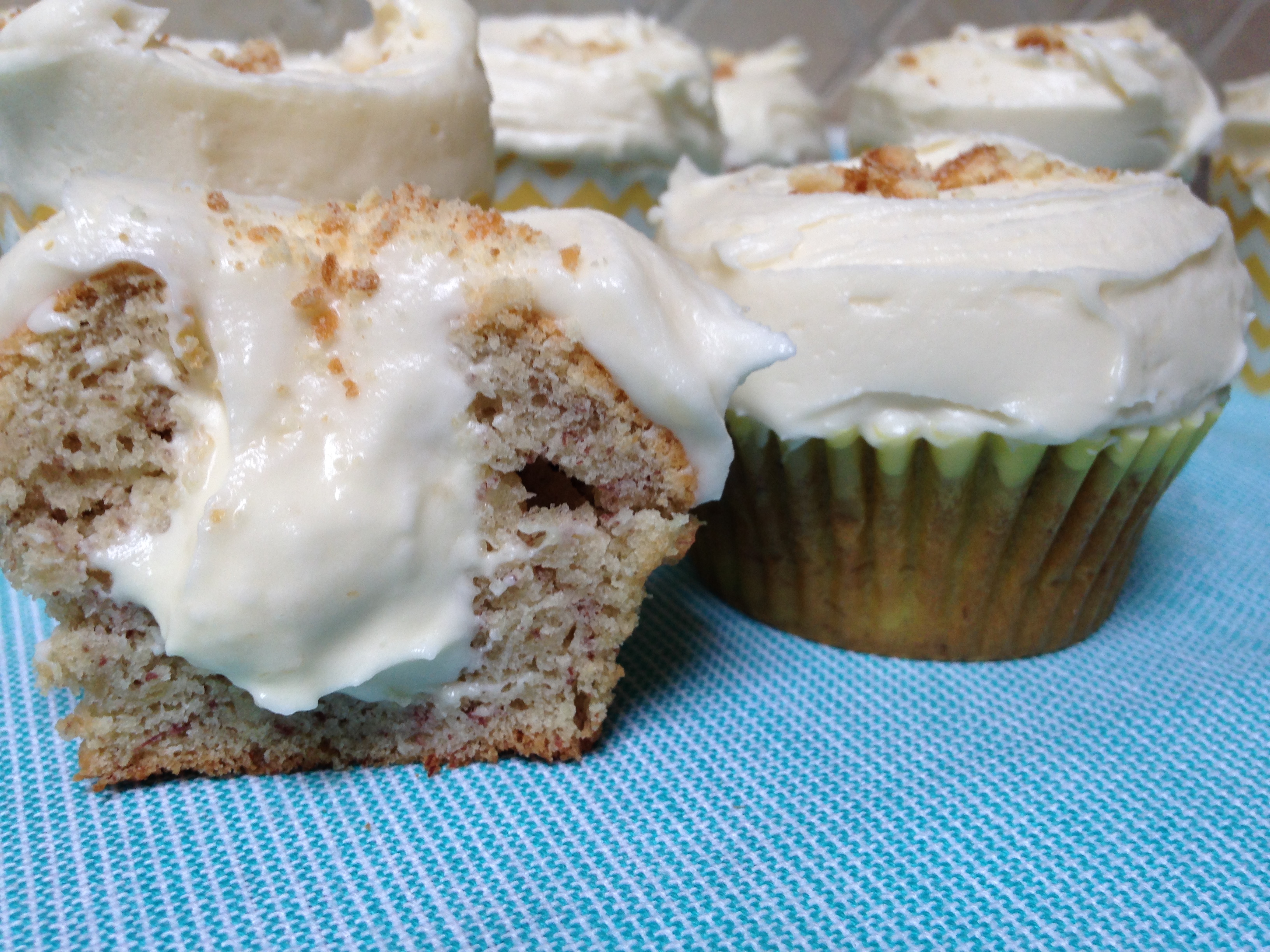 My friend Caryn told me this mouth explosion of creamy goodness should be marketed as an alternative to Midol. It’s that good.

This cupcake was adapted from several recipes for banana cupcake recipes around the interwebs including one from Martha Stewart Living, FoodNetwork, and All recipes. I attempted to make a cupcake base using my amazing banana bread recipe. Although the taste is richer with that as a base, the recipe is too butter and rich. It rose way too much and then imploded, creating a huge mess. If you have some my banana bread laying around, you might try and nibble on some with some pudding and icing, but if you are taking these to a party, I suggest you follow the more basic cupcake recipe below. First preheat the oven to 350 F. Cream the sugar and the butter (about 7 minutes) on medium in a stand mixer. Stop and scrape down the sides periodically. Keep creaming until the mixture is light and very fluffy. Add your eggs one at a time. The mixture make appear strange at first, but keep mixing until everything is nice and incorporated.  Add the vanilla and the buttermilk. Once incorporated, add the dry ingredients 1/4 cup at a time.  Once incorporated, the mixture might look a bit thick or dry. I was worried too, but this is ok. Smash your bananas in a plastic bag or under a cup, and incorporate into the dry mixture. Once you’re done the mixture should resemble batter. Place cupcake cups inside your cupcake pan and fill the cups no more than 3/4 of the way up. If you go over the 3/4 mark your cupcakes will likely overflow. You might end up with leftover batter, but unless you want a mess on your hands, hold back. 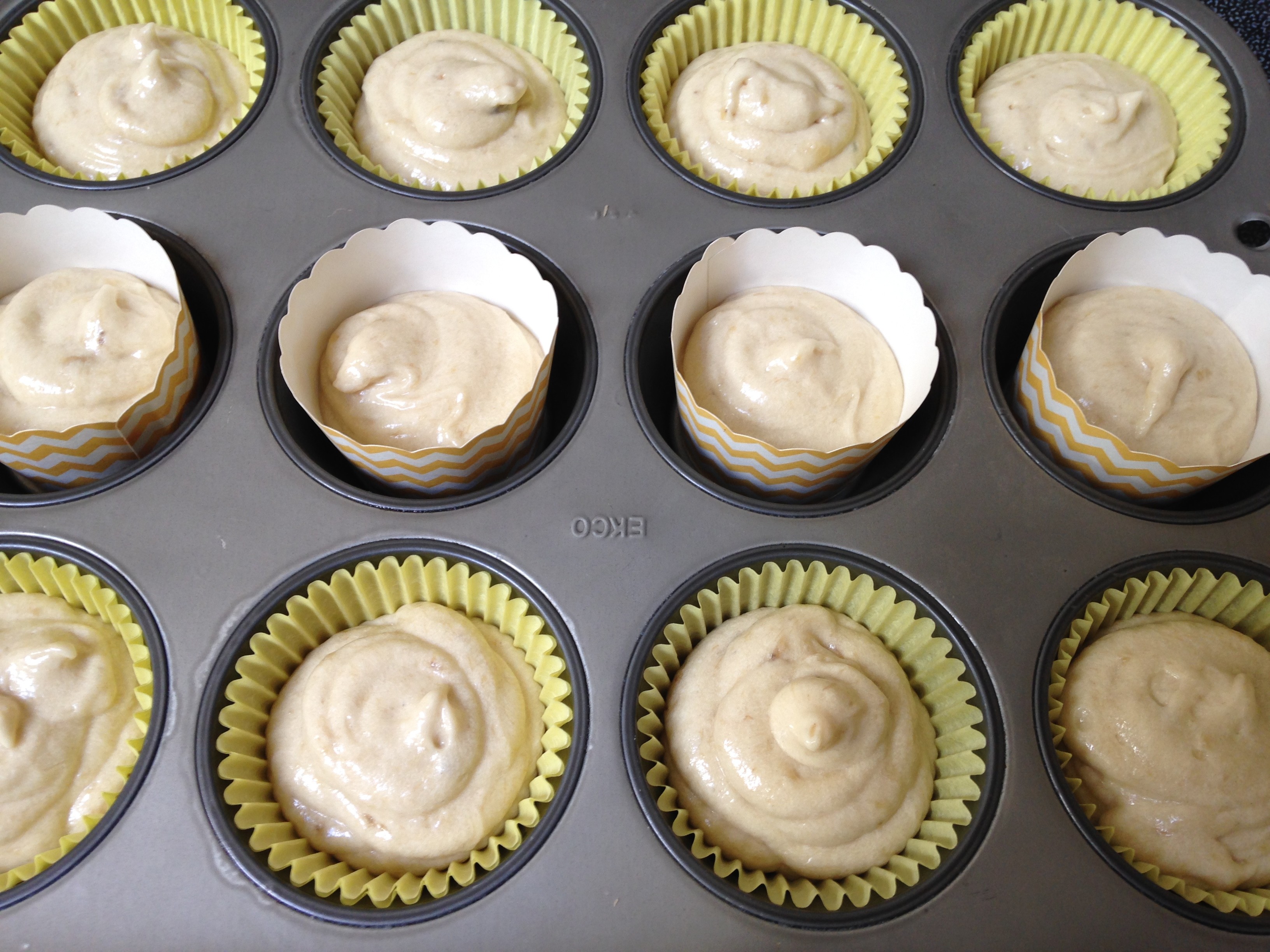 Once cool, place them in the freezer for 5-10 minutes to prep them for the next phases.

The Banana Pudding will go inside the cupcakes. You’ll end up with a lot of leftovers, which you can eat (oink), bring to your office, or give a way to friends. It’s delicious.  The recipe comes from a buttercup bake shop cookbook, but it’s the same recipe for banana pudding that you’ll find at Magnolia Bakery or Billy’s or any of the Magnolia off-shoots in NYC. At those establishments, you’ll often find the pudding mixed with nilla wafers and banana chunks. Because we are stuffing cupcakes, I have left the nilla wafers out. I have also really pureed the banana and incororated into the pudding so that the pudding filling is nice and smooth and can easily be piped into the cupcake. To make the pudding, start at least 5 hours in advance. Combine the jell-O packet, with the cold water, and condensed milk using the paddle attachment on a stand mixer. Combine on medium speed for 1 minute and then place into the fridge to set for 4 hours or over night. After the pudding is set. Whip 3 cups of heavy whipping cream on high in a stand mixer until the cream is turned into whipped cream. Fold the whipped cream into the pudding. In a food processor, puree the bananas until somewhat thin. Pour the bananas over the pudding and fold into the mixture until fully incorporated. To make simple cream cheese icing. In a stand-mixer, combine 2 packets of philadelphia cream cheese with 1 stick of butter on medium speed until incorporated together and nice and creamy looking. 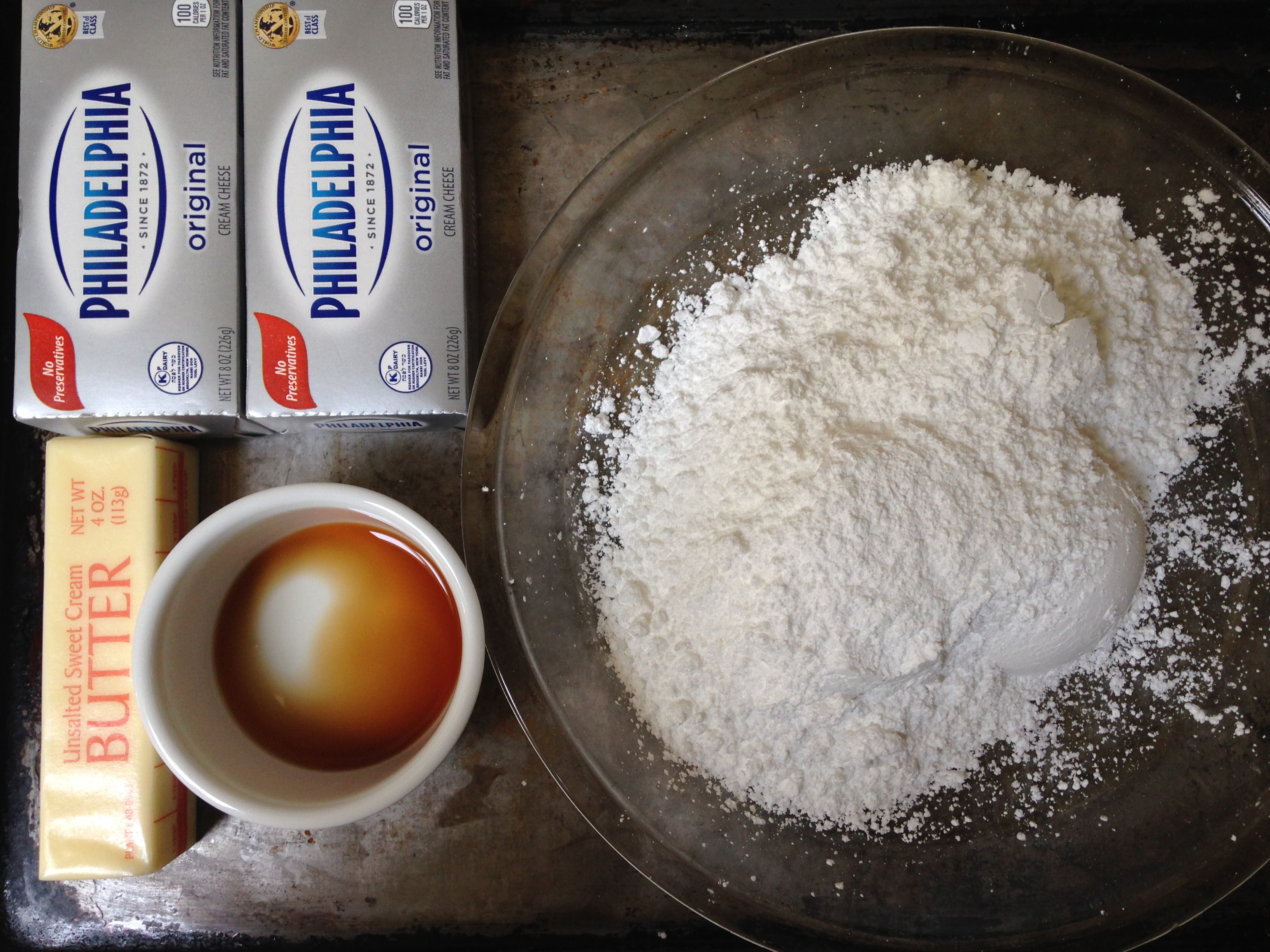 Add the vanilla. Slowly (1/4 cup at a time) add the confectioners sugar. 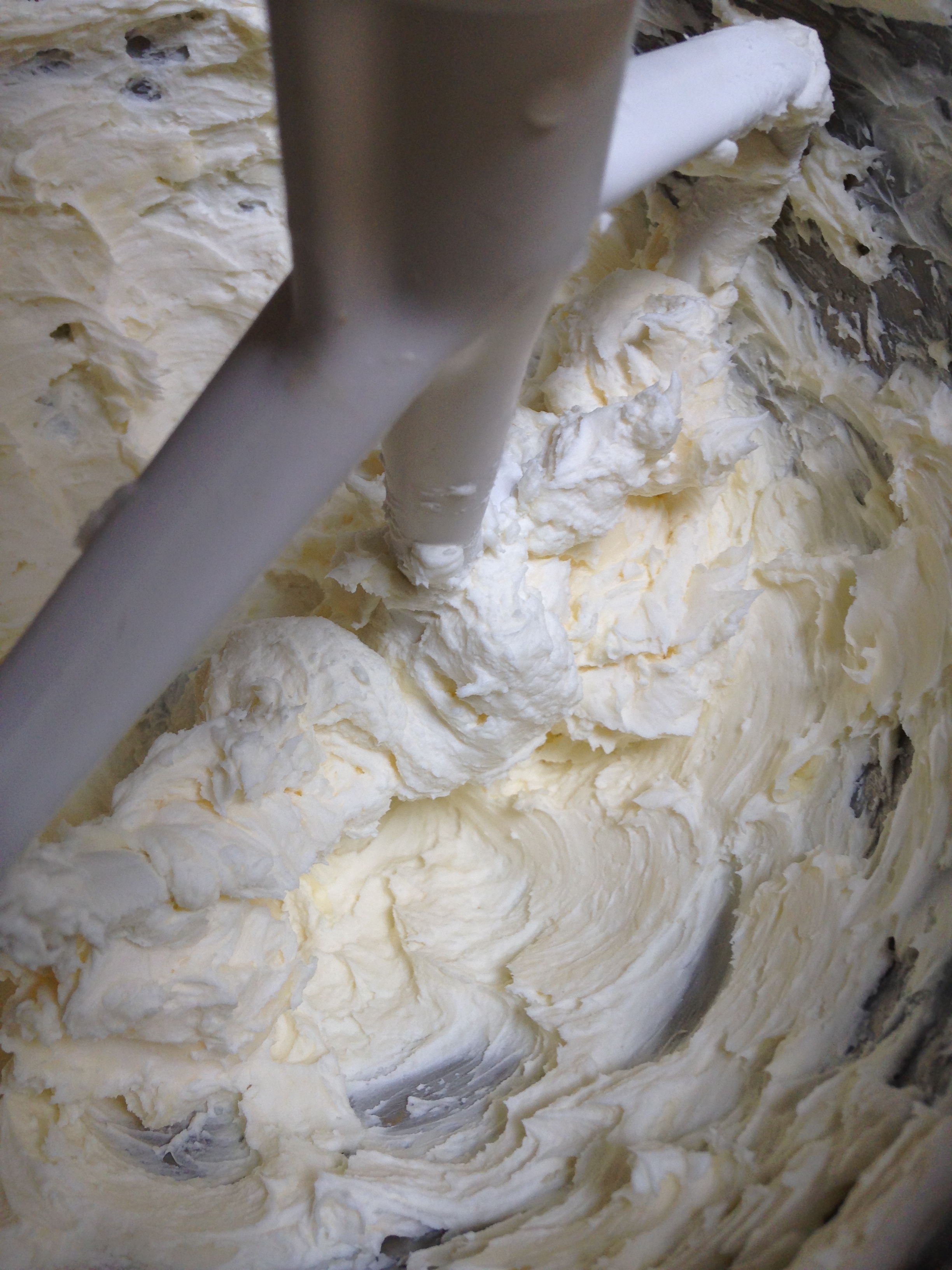 Once the icing is prepared, place into a container and pop into the fridge until you are ready to ice the cupcakes. 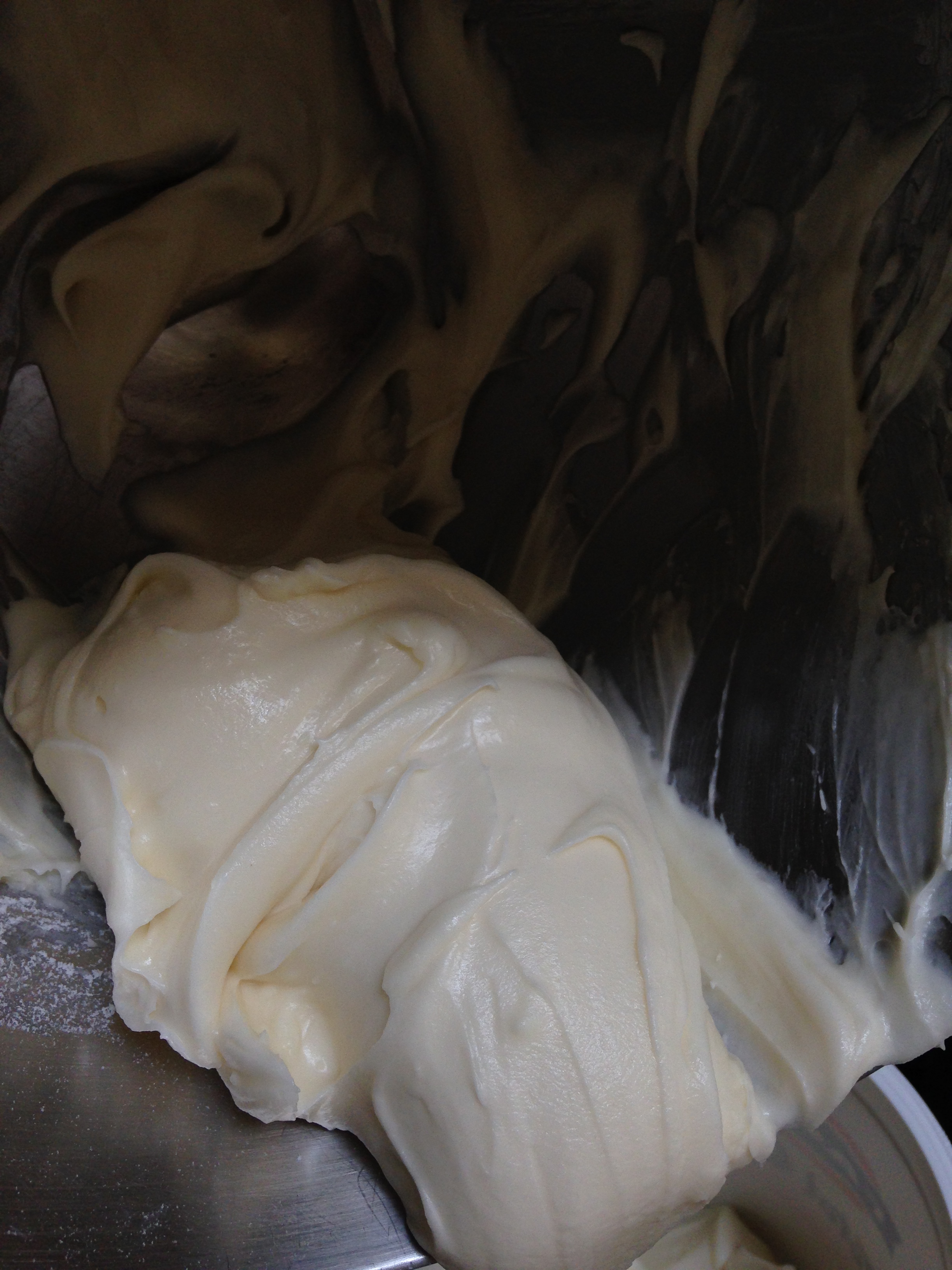 Remove the cupcakes from the freezer. If you’ve made a mistake and let them sit in there too long and they are hard as a rock. Allow them to defrost until they are still cold to the touch, but not rock hard.

With an apple/pineapple corer. Core the center of the cupcakes and extract the middle of the cupcake. Eat the extracted cake or toss aside. If you don’t have a corer, you might try a melon ball scooper. 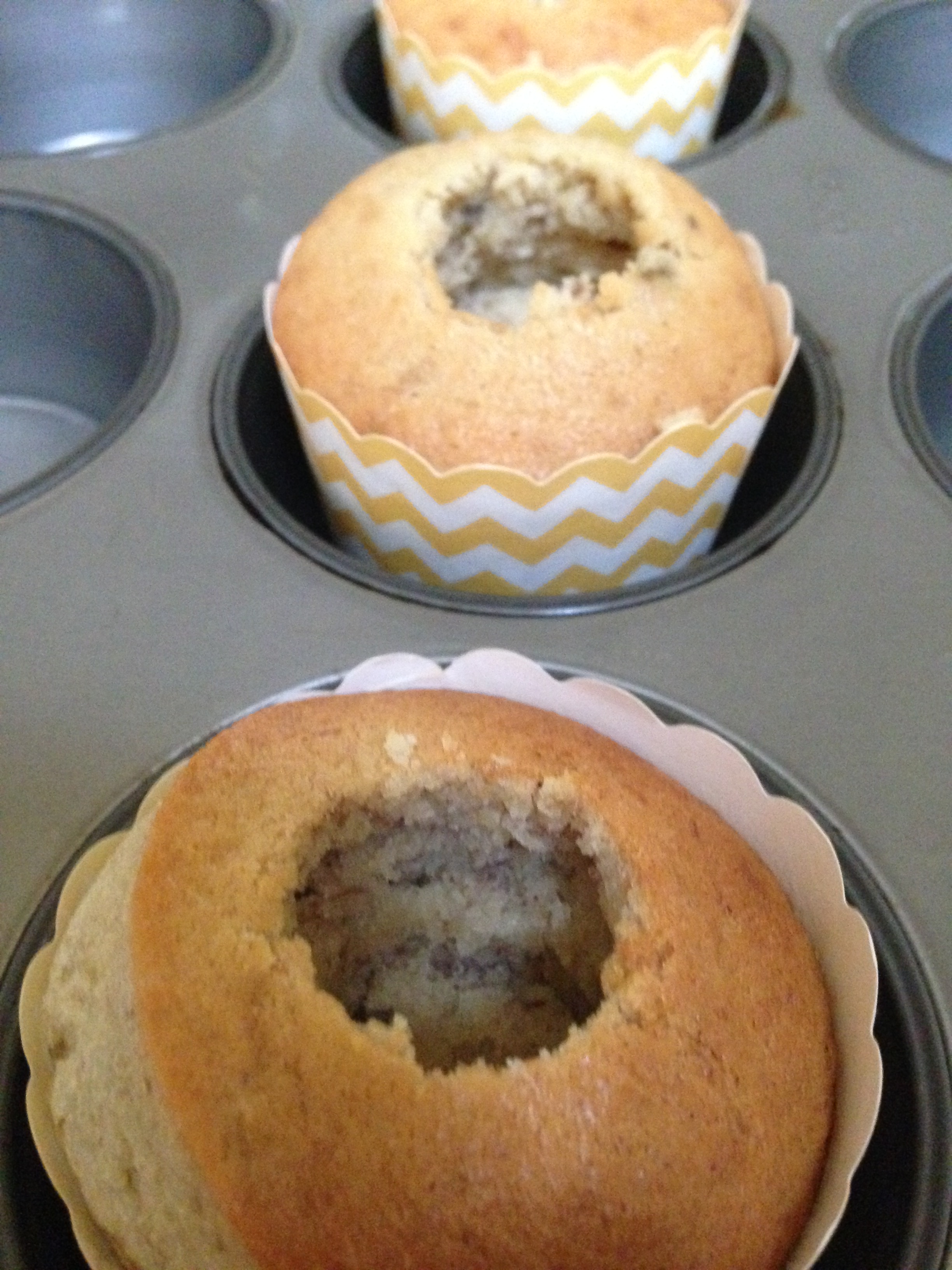 With a turkey baster or a pastry bag, fill the hole in the cupcakes with banana pudding until the pudding is level with the top of the cupcake. Once you are finished, pop the cupcakes into the freezer to stay cool, while you ice each individual cupcake.

Ice the cupcakes and sprinkle some crushed nilla wafers on top for added crunch, flavor, and pizazzzzz.